ECONOMICS: WHAT ARE THE SOLUTIONS? 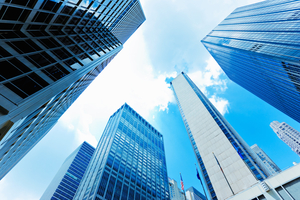 What is obvious, however, is that there is a considerable lack of debate on serious alternatives to our current economy. We want to get beyond the usual discussion and explore revolutionary possibilities that actually get to the root of the problem.

Our research and information directly implicates the global central banking system – of which the Federal Reserve is a key part in the United States – in creating the devastation and suffering that so many people are experiencing around the world. Powerful elite bankers have literally hijacked our governments, wielding more influence than any other sector.

We have seen and experienced it in the most recent economic collapse – Wall Street bankers who created the problem were bailed out with taxpayer money, ultimately gaining even more power. Clearly, making banks who were already “too big to fail” even bigger is not an effective strategy or solution. Rather, it sets everyone up for more vulnerability in the future and gives banks even more control over our government and over us.

Our solutions are predicated on the core ethic of the « LIBERTY PERSPECTIVE », nd are outlined in three stages:

STAGE 1 - Reform Current Systems:- Bring Transparency and accountability to the economic system. This includes dismantling the Federal Reserve, restoring money making capacities to Congress, monetizing the debt, and withdrawing support from harmful international banking agencies such as the World Bank, IMF, and Bank for International Settlements. In Europe redefine the rules from the central banks for also monetizing the debt.

STAGE 2 - Limit Government Control: - Decrease government intervention in our daily activities and empower people to create their own currencies, banking systems, and sustainable local economies. This includes getting rid of government subsidies, repealing legal tender laws to allow other currencies to compete, rolling back entitlement programs, and severely limiting taxes.

STAGE 3 - Voluntary Cooperation: - Use the personal power and prosperity gained from stages 1 and 2 to empower people to care for one another and eliminate involuntary government altogether. This involves completely opening up the market and letting people come up with their own non-coercive governing and economic systems..